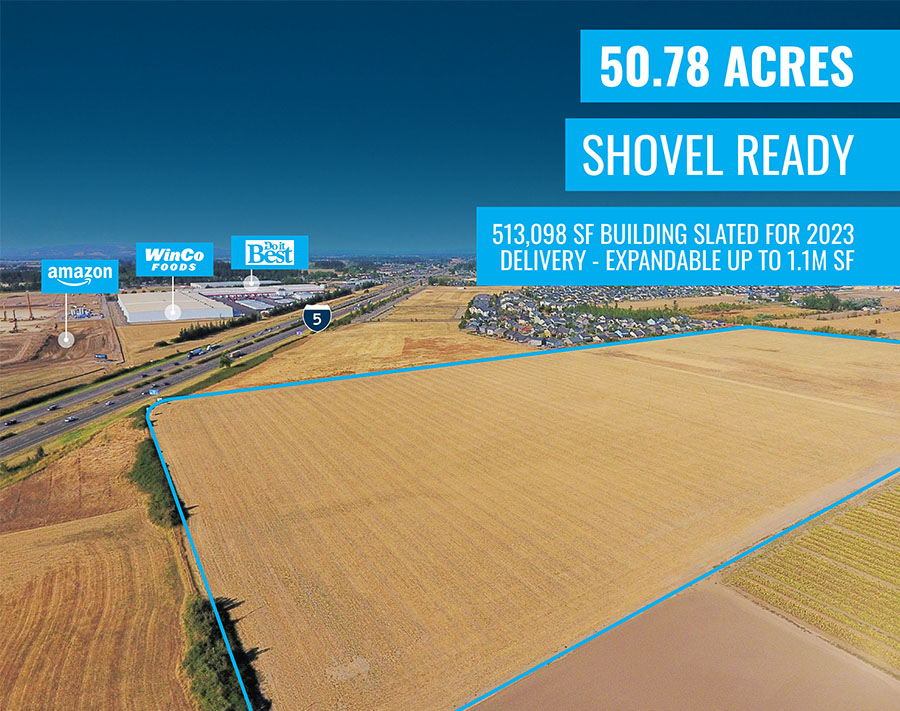 Your New Pacific Northwest Hub
A 50.78-acre logistics park designed for the 21st century and built for flexibility. 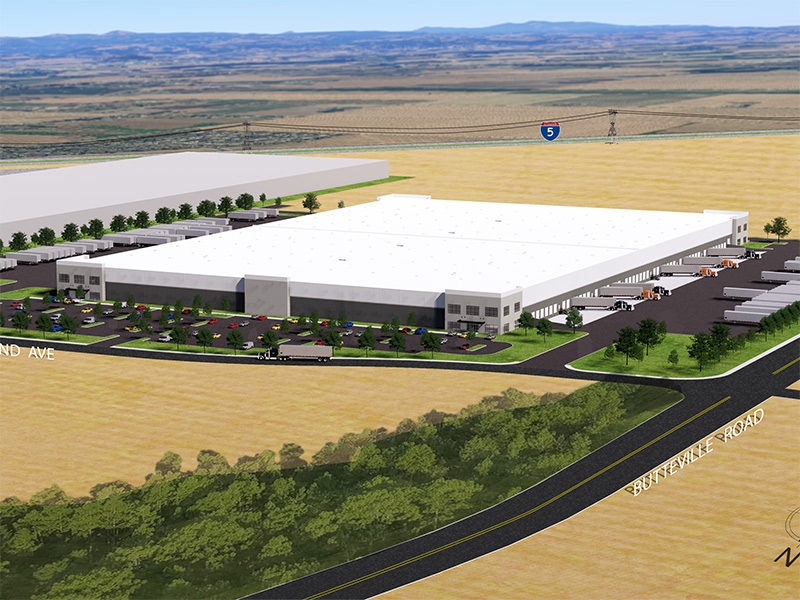 Example Rendering based on i5LC Phase I 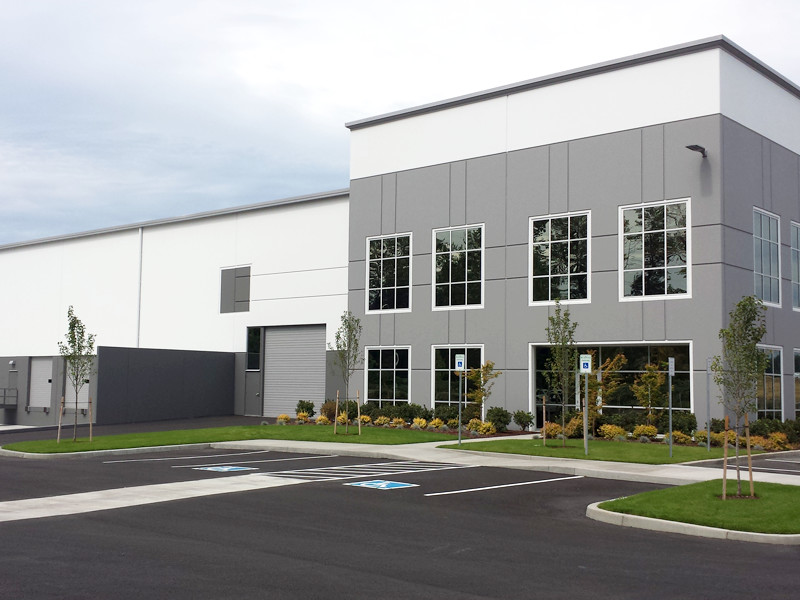 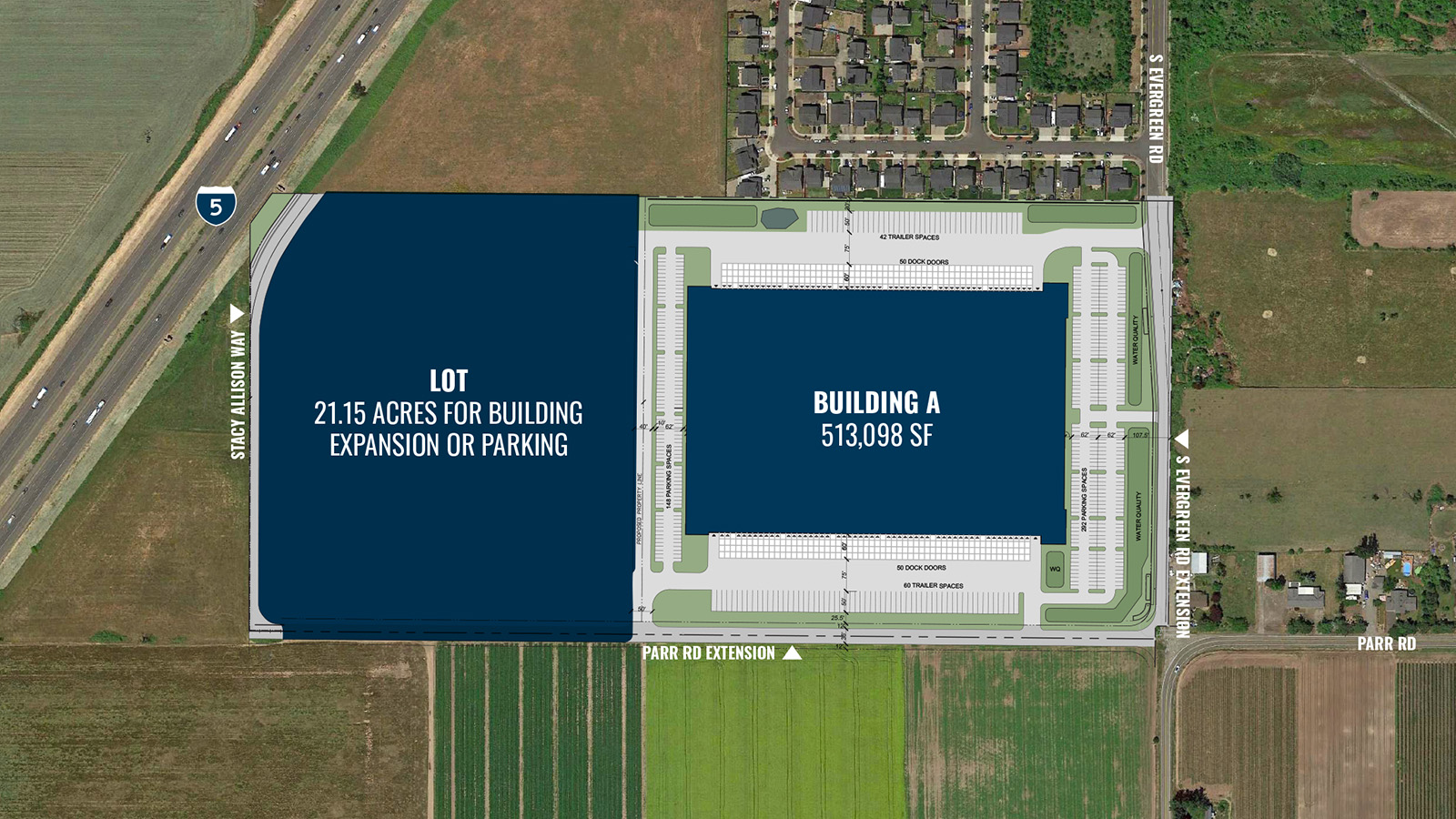 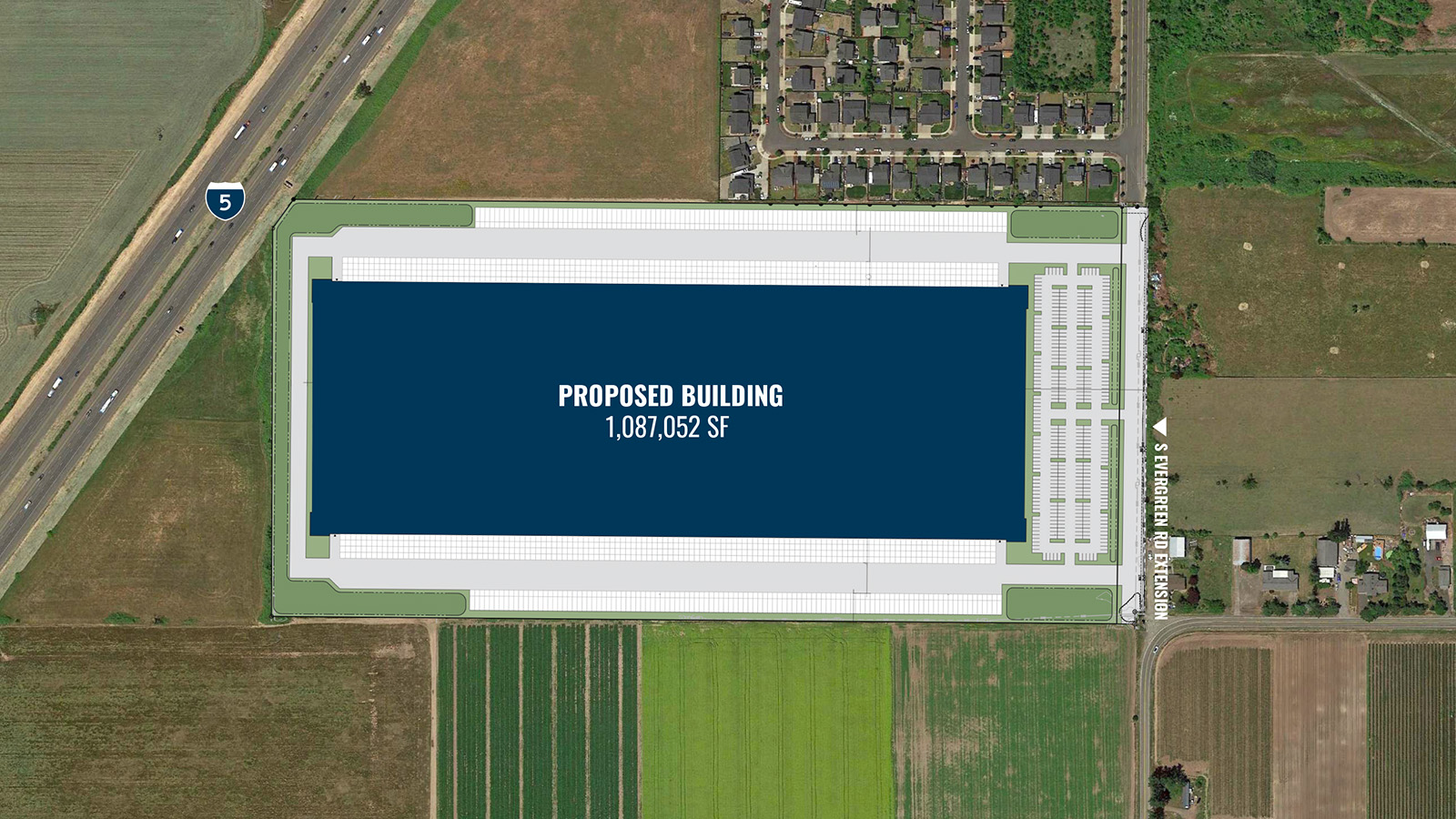 Ideally located just south of the Portland metro area on a major I-5 interchange. 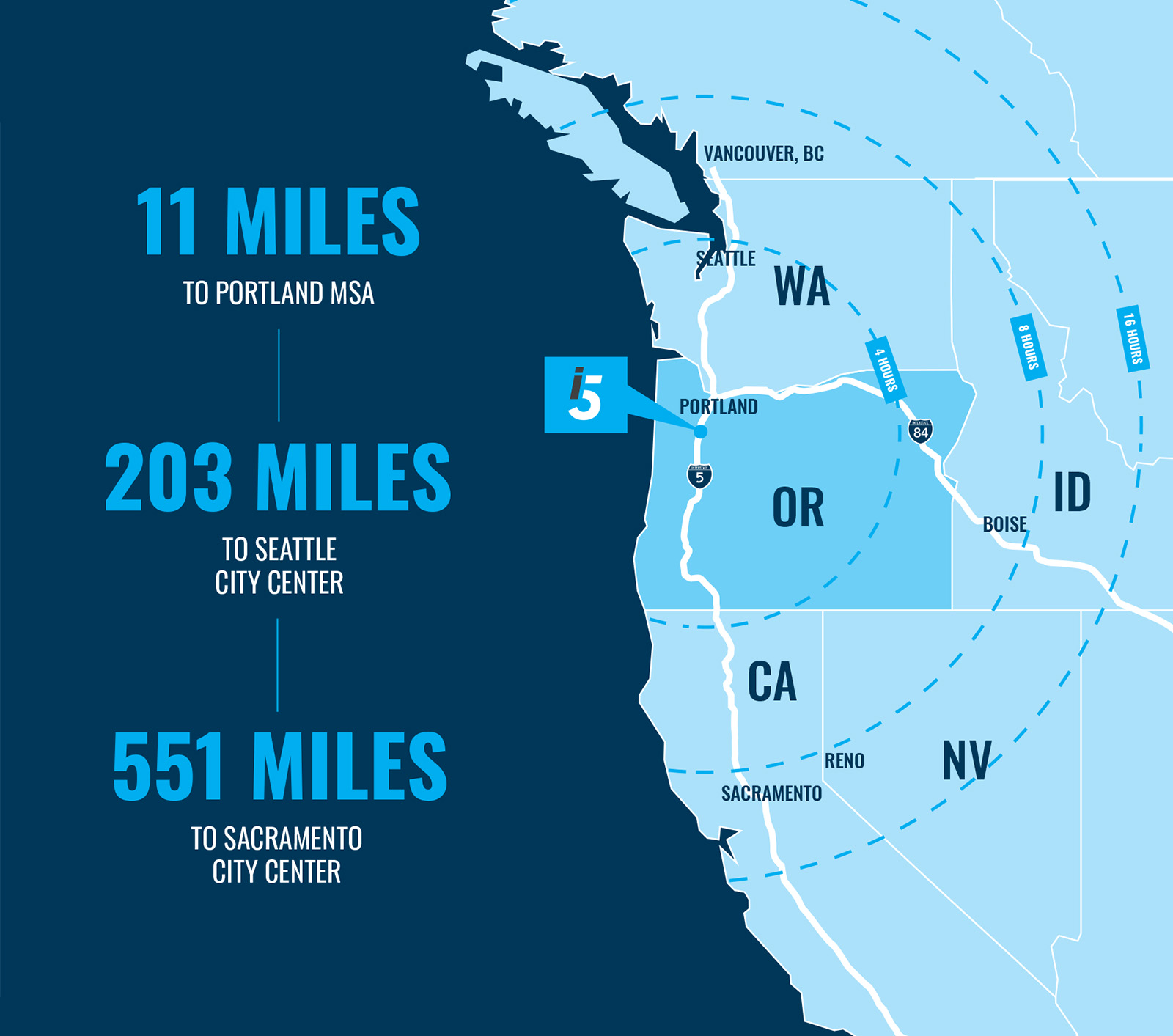 Oregon boasts a diverse and one-of-a-kind culture with a highly qualified workforce making it an ideal location for expansion or relocation. Oregon’s central location on the I-5 spine on the West Coast provides it with a central location to serve the Oregon, Washington, SW Canada, California, and Idaho markets. Its lower cost of living, business incentives, and favorable tax environment make it an optimal location when considering your company’s next expansion.

Wages and Livability Oregon has a lower cost of living and therefore lower average wages. This is one of the drivers of the workforce and population growth in Oregon.

Environmental Advantage Oregon is a leader in sustainability in the US and the air and water here are cleaner and more abundant which leads to healthier employees and lower risk. Also, we have abundant water (which provides hydroelectricity) so our electricity is secure long term and we have very little risk of water shortage, earthquakes, etc. If you believe in global warming, Oregon looks like a good spot.

State Tax Climate Check out this page, Oregon is ranked 11th out of 50 states, California is ranked 48th.

No Sales Tax - Lowers the cost of living for employees.

Lower electrical rates 6 cents per KWH compared with 6.7 cent national average and 11 cent average in California. Our power is not only secured by hydro electricity and other diverse, sustainable energy generation, but we are currently almost ½ of the cost of California.

Economic Incentives/Enterprise Zones Many programs available for qualifying businesses to take advantage of tax savings and other economic incentives.

Forbes.com Ranked Oregon as the 6th Best State for Future Job Growth in 2015
For the third consecutive year, Oregon holds on to the No. 1 spot as "Top Moving Destination"
According to United Van Lines 2013, 2014 and 2015 Annual National Movers study which tracks state to state migration
Oregon ranked #3 by Forbes Magazine on its 2015 list of “The Best Places For Business and Careers”
Oregon’s job growth has increased 2.4% annually, which is the sixth best growth in the U.S.
Forbes.com
Cost of Doing Business: 11% below national average
Forbes.com 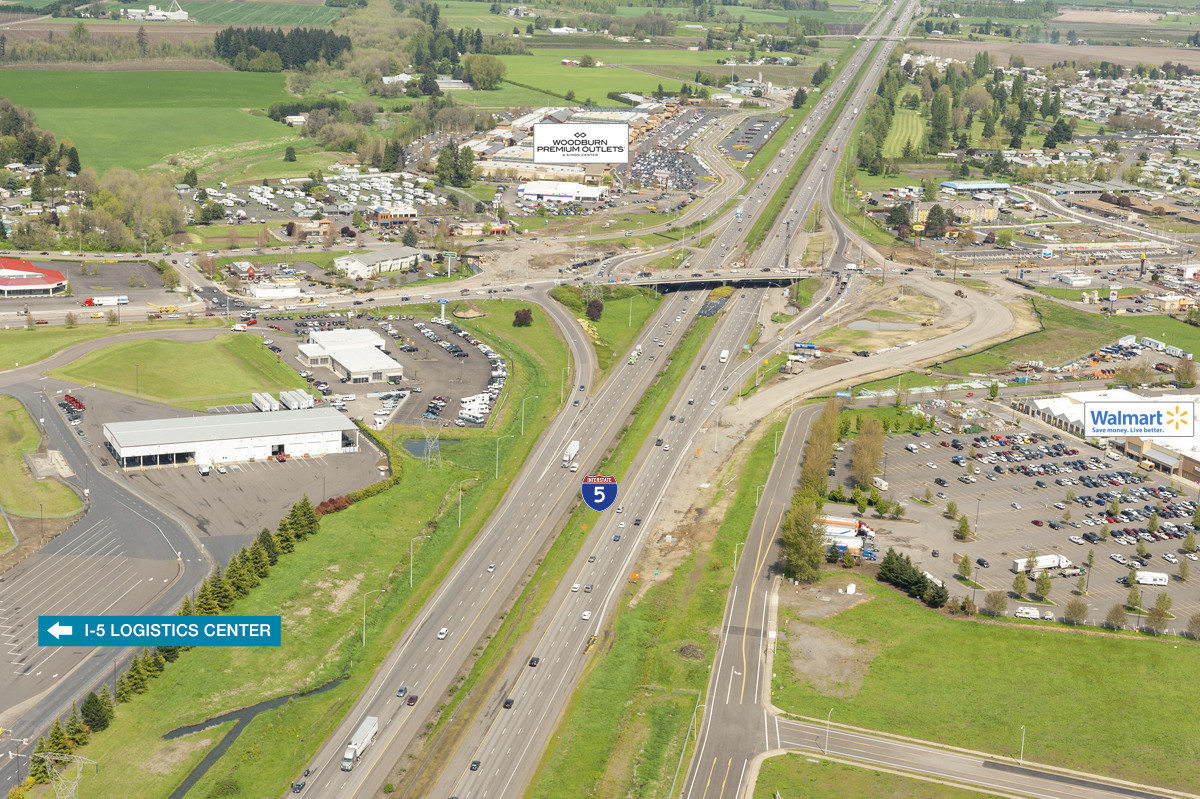 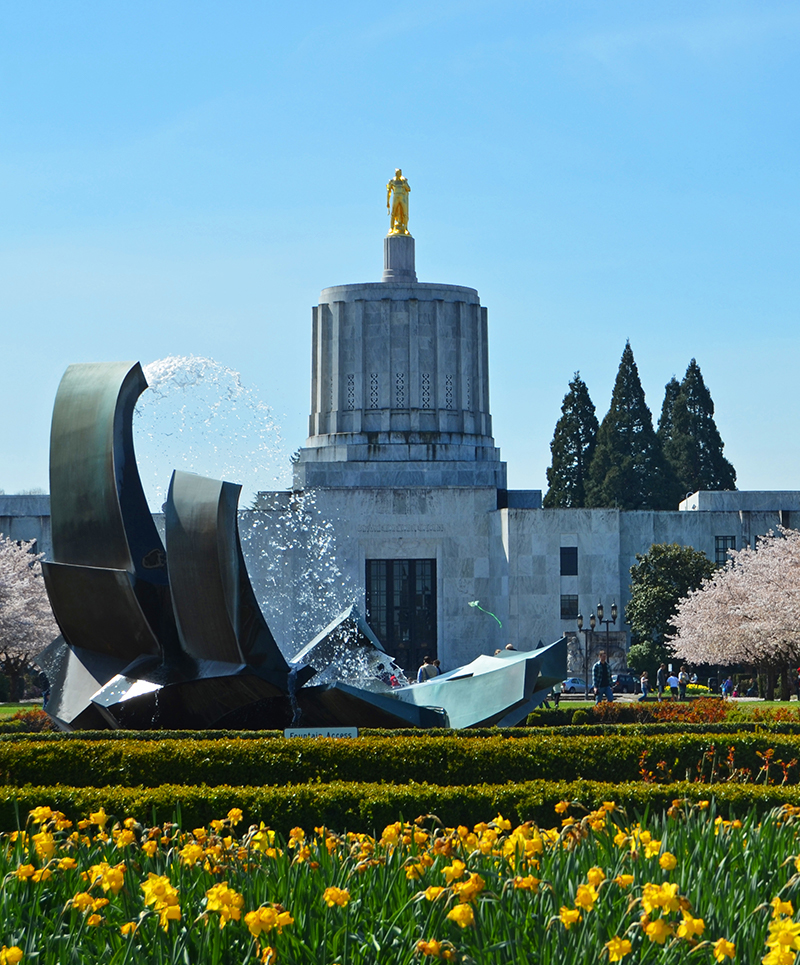 Salem, the state capital, is a short 25 minute drive away 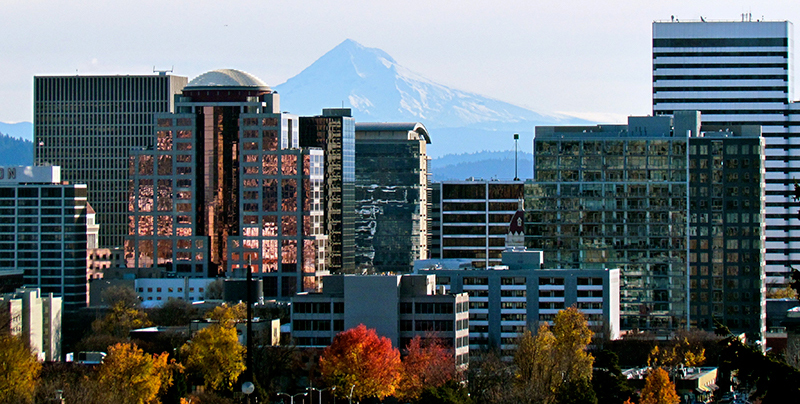 Portland, the largest city in Oregon, is a 30 minute drive to the north

Kidder Mathews is the largest, independent commercial real estate firm on the West Coast, with over 900 real estate professionals and staff in 21 offices in Washington, Oregon, California, Nevada, and Arizona. For more information, visit kidder.com.

Owned and developed by: